Bullet Athletes Oliver Goethe and Franco Colapinto will line up on the Formula Regional European Championship by Alpine grid sporting the iconic blue and orange livery this weekend.

Celebrating a 12-year partnership with Gulf Oil International, ROFGO Racing’s two youngest protégés will race with a special livery on the streets of Monaco. The two MP Motorsport FRECA cars will carry one of the most recognisable designs in motorsport history.

Supporting the F1 Monaco Grand Prix, the Formula Regional European Championship by Alpine field will tackle the most emblematic circuits in the world with the eyes of the F1 paddock upon them and cheered on by more than 7500 fans on the grandstands.

The pale blue base with the orange stripe has appeared at all levels of motor racing over the past 50 years including Formula 1, FIA WEC, the Dakar Rally and the 24 Hours of Le Mans – most of which are now part of the ROFGO Collection, a one-of-a-kind private racing car collection owned by Roald Goethe, containing 38 cars and a racing van and lorry carrying the Gulf Oil International branding.

Oliver and Franco will now join the remarkable list of drivers who raced in Gulf Oil International colours on a very special race weekend. This will be the first time for both Bullet Athletes to race at a street circuit and Ollie will make his debut on home soil. He lives in the Principality and attends school just a stone’s throw away from La Rascasse.

“I grew up surrounded by blue and orange cars and remember watching my dad racing in Le Mans,” – Oliver said. “Ever since then I wanted to race a car like this, to be able to do it here at my home track makes it even more special and I can’t wait to finally hit the asphalt on Thursday.”

“It’s going to be one of the most special races of my career so far,“ – Colapinto said. “I’ve been dreaming of racing in Monaco ever since I was a kid, and to be able to do it in one of the coolest and most iconic liveries of all time is a real privilege. Thanks to ROFGO for this amazing opportunity, I will give my all to put this special car where it belongs.”

“This will be a special weekend for ROFGO, celebrating our heritage association with Gulf Oil International within the confines of such an emblematic event, where past meets the future, rejuvenated by youngsters carrying these iconic colours. It’s also a very proud moment for me as a father to see my son racing on the streets of Monte Carlo, where I raced a historic F1 car in Gulf colours less than a month ago, carrying a livery so close to my heart. It’s also fantastic to see McLaren rolling out the blue and orange for the first time in Formula One in almost 50 years .”

The FRECA Monaco race weekend starts on Thursday May 20th with the free practice session. The races will be streamed live worldwide on the series YouTube channel. 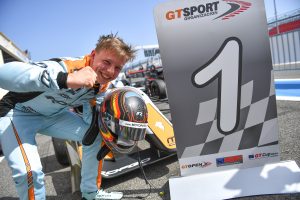 Oliver Goethe continued his astonishing form in the third round of the Euroformula Open championship season last weekend at the Circuit Paul Ricard. 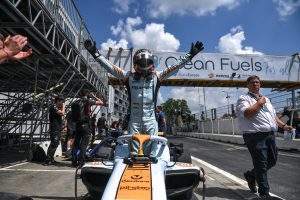 GOETHE COMPLETES GRAND CHELEM ON THE STREETS OF PAU 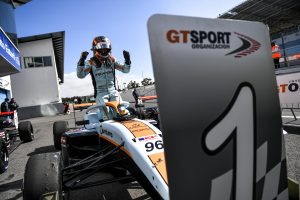 ROFGO Junior driver Oliver Goethe delivered a dominant performance in the opening round of the 2022 Euroformula Open Championship last weekend in Estoril.